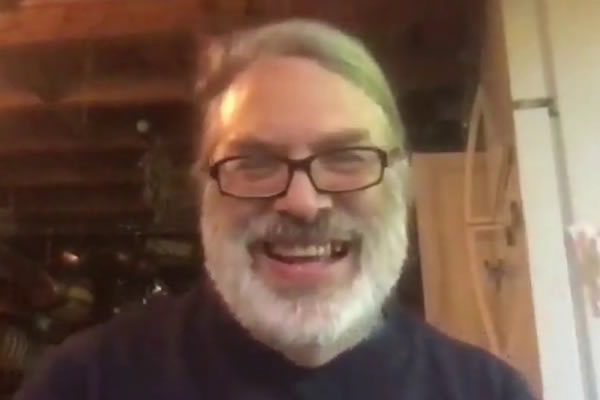 The view that Nature is a living being is found in almost all pre-technological cultures throughout the word. It is usually associated with pre-modern religions and people such as Native American Indians that live close to the land.  This view of Nature as being a living entity was maintained until Sir Francis Bacon introduced the theory that the natural world was essentially a machine without a soul – an object to be manipulated, forced, and twisted.  Traditional Western Herbal Medicine is an approach that is not mechanistic but takes into account these additional dimensions of Nature as something that is whole, living and intelligent…..

In the West the doctrine of the Living Nature was associated with the pagan tradition of Platonic, Aristotelian, Neo-Platonic, and Hermetic philosophy. Plato taught that the entire material world was but a reflection of a spiritual world. Aristotle pictured a world tied together in a great chain of being from God to Nature. These perspectives were incorporated into medieval Christianity, which maintained that Nature was a living entity and that the things of Nature embodied wisdom and spiritual teachings. Eventually, Sir Frances Bacon introduced the theory that the natural world was essentially a machine without a soul. It was an object which could be manipulated, forced and twisted to reveal its secrets.  The investigator, meanwhile, would be an objective scientist who abolished all subjective faculties from his or her scientific personality, including spirit or soul. Bacon separated God from Nature. God had no rulership or expression in Nature and Nature had no relationship to God.

The scientists of the preceding centuries had not automatically separated Nature from sentiment, soul, and spirit. It has been shown that even the anatomical drawings of Andreas Vesalius, which dissected the body and laid Nature bare, were designed according to classical concepts about the residences of the soul and spirit in the human being. His approach precedes from the whole to the parts, the opposite of the modern method. Leonardo da Vinci, whose “Vitruvian Man” is taken as the symbol of the scientific revolution, also attempted to fit his dissections and anatomical knowledge into classical categories representing a spiritual view of the world. Indeed, the “Vitruvian Man” with his arms stretched forth within a circle and a square is so appealing partly because it infers a deeper, mythological context behind human nature. J. W. Goethe, living after the Baconian revolution, attempted to re-instill the subjective element into scientific consideration alongside the objective approach.

The most comprehensive doctrine of knowledge based on Nature in Western culture is found in the work of the sixteenth century alchemist and physician, Paracelsus. He attempted to build a science that was entirely based upon the idea that Nature was alive and ensouled. He experienced the internal reality of the Living Nature and drew his insights from that experience. Thus, he taught that there was an inherent way of knowing Nature and natural processes which was revealed where there was sympathy between the investigator and the subject, the scientist and Nature. This knowledge grew out of unity with Nature, rather than alienation. He called this way of knowing the “Light of Nature” (lumen natrae). Paracelsian philosophy was names “Naturgewissenshaften” in German, that is to say, “the Wisdom of Nature” or, in Latin, Natura Sophia.

The twentieth century finally demonstrated that science, separated from soul and spirit, could create human monstrosities, like the Nazi eugenics programs or experimentation on concentration camp inmates, destroy natural resources, and threaten the entire plant. This has caused a backlash against scientific mechanism, and yet, the machine still churns on and we find ourselves, in medicine for example, still heretical for advocating a link between spirit and body.

The curriculum of the Institute of Traditional Western Herbalism represents an attempt to teach a natural science herbalism based on a spiritual view of Nature. It is therefore based on the Natura Sophia approach. The utilisation of the subjective faculties, as well as the objective, makes our endeavour more difficult but then, life is more difficult than the simplistic model utilised in conventional science.

Matthew Wood will be lecturing for Day 2 of the 2019 ANP Naturopathic Summit click here to book early bird tickets.