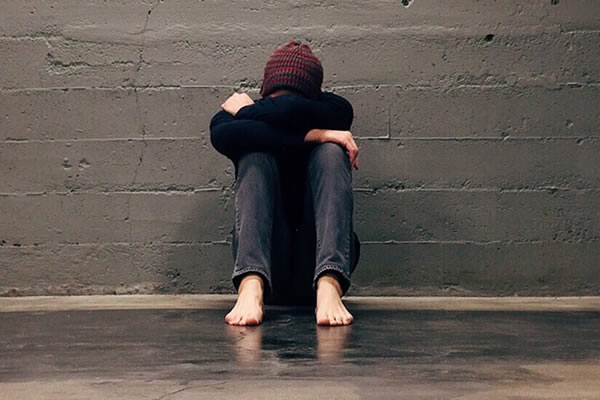 In the UK women are twice as likely as men to be diagnosed with a mood disorder – depression, GAD (generalised anxiety disorder), social anxiety disorder or panic disorder. Due to this gender disparity it is tempting to ‘blame’ sex steroid hormones. However, there is a growing body of research that points to a more complex picture of interaction between sex hormones and neurotransmitters, and in genetically vulnerable individuals.

Oestrogen and progesterone are the main female sex steroid hormones. In addition to their roles in the female reproductive system, both are known to regulate neurotransmitter activity in a number of ways.

Serotonin is known as the happiness neurotransmitter, and low levels are associated with depression and anxiety.

Common genetic variances, called SNPs, can impact our ability to make, use and break down serotonin, thereby increasing susceptibility to low mood. SNPs on the TPH1 (tryptophan hydroxylase) gene can impact (slow down) serotonin synthesis, and SNPs on the MAOA (monoamine oxidase A gene) can increase the metabolism (break down) of serotonin, both contributing to lower serotonin levels.

Dopamine is the reward and pleasure neurotransmitter that helps to motivate us to take action (to get the reward). As with serotonin, genetic SNPs can affect dopamine level and response, and oestrogen has a dopamine promoting effect.

It is possible, and increasingly common, to have too much of a good thing when it comes to dopamine. High dopamine can make you feel over-stimulated (‘wired’), impulsive, angry and/ or crave more dopamine (addictive behaviours).

As with serotonin, dopamine levels are also impacted by genetic SNPs. Both MAO and COMT genes impact the rate at which we break down, and remove, dopamine. In particular, SNPs on the COMT gene can have a strong impact on dopamine levels. The so-called ‘ValVal’ genotype is associated with fast COMT (and lower dopamine) and a ‘MetMet’ genotype with slow COMT (with higher dopamine).

Neither of these genotypes are ‘good’ or ‘bad’ on their own, but are dependent on context of other factors (impacting dopamine) such as nutrition, stimulants, stress …. and oestrogen. As oestrogen ‘supports’ dopamine levels it contributes to higher dopamine.

Although some people are naturally ‘low’ or ‘high’ serotonin or dopamine ‘types’, due to genetics, most of us are somewhere in the middle, where we feel most comfortable. So far so steady….

There is a higher risk of experiencing mental discomfort and mood disorders if, and when, neurotransmitter levels are particularly high or low or fluctuating. In women, more so than men, levels of sex steriod hormones vary both through life stages – puberty, pregnancy, postpartum, perimenopause and menopause, and monthly (through menstrual cycles).

As we have seen, above, changes in oestrogen levels, can alter neurotransmitter levels, and the extent to which this is good or not is dependent on the wider context, including genetic make up.

All genes described in this article are included in the Lifecode Gx Nervous System DNA test. Further details can be found here.