Can a High Omega-3 Level Add Years to Your Life? 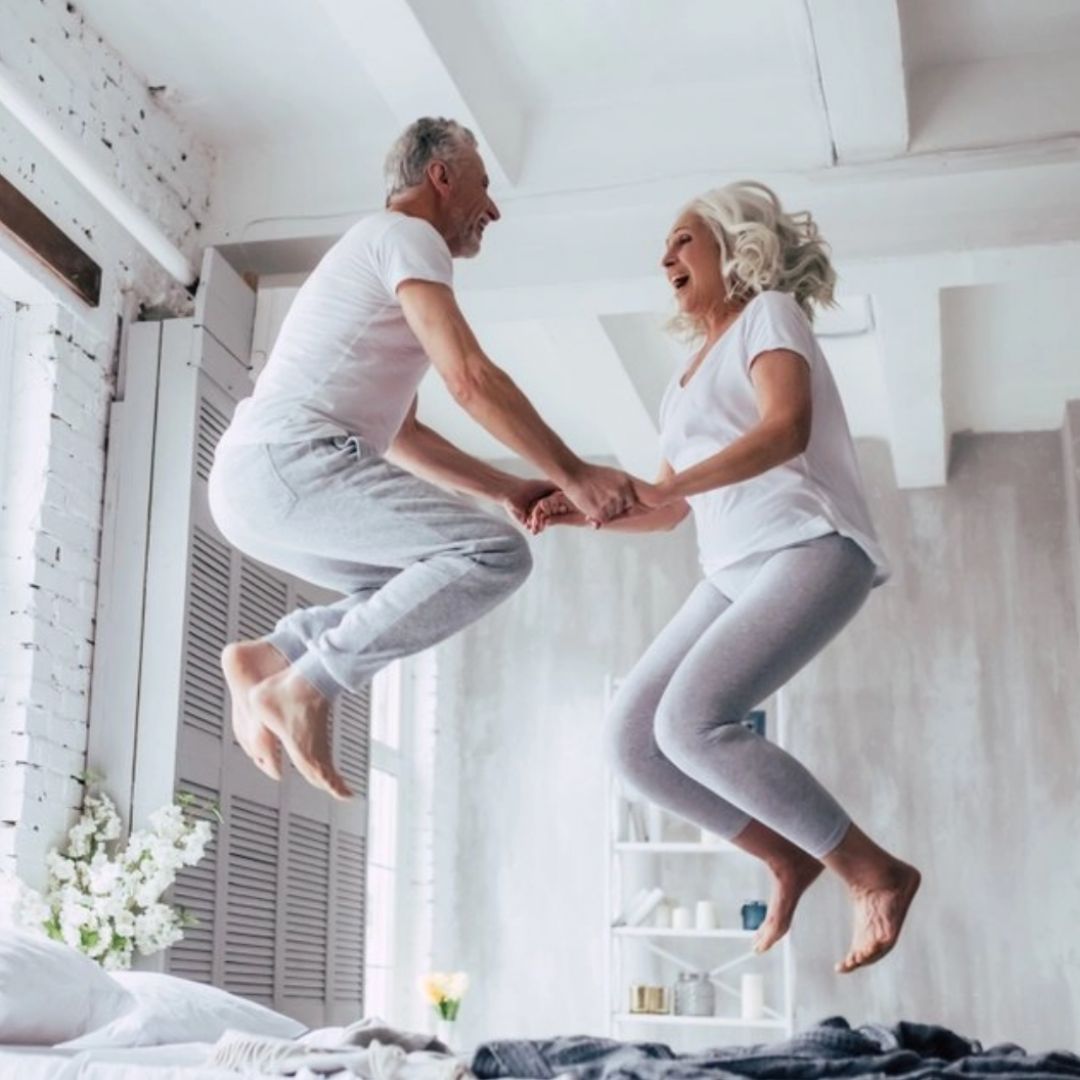 A recent research paper examining the relationship between the Omega-3 Index and risk for death from any and all causes has been published in Nature Communications. It showed that those people with higher omega-3 EPA and DHA blood levels (i.e., Omega-3 Index) lived longer than those with lower levels. In other words, those people who died with relatively low omega-3 levels died prematurely, i.e., all else being equal, they might have lived longer had their levels been higher.

Numerous studies have investigated the link between omega-3s and diseases affecting the heart, brain, eyes and joints, but few studies have examined their possible effects on lifespan.

In Japan, omega-3 intakes and blood levels are higher than most other countries in the world AND they happen to live longer than most. Coincidence? Possibly, or maybe a high Omega-3 Index is part of the explanation. New research out of Japan also shows that those who have higher omega-3 levels are happier, but more on that later in this post.

Studies reporting estimated dietary fish or omega-3 intake have reported benefits on risk for death from all causes, but “diet record” studies carry little weight because of the imprecision in getting at true EPA and DHA intakes. Studies using biomarkers – i.e., blood levels – of omega-3 are much more believable because the “exposure” variable is objective.

This new paper is from the FORCE – Fatty Acids & Outcomes Research Consortium. FORCE is comprised of researchers around the world that have gathered data on blood fatty acid levels in large groups of study subjects (or cohorts) and have followed those individuals over many years to determine what diseases they develop. These data are then pooled to get a clearer picture of these relationships than a single cohort can provide. The current study focused on omega-3 levels and the risk for death during the follow-up period, and it is the largest study yet to do so.

Specifically, this report is a prospective analysis of pooled data from 17 separate cohorts from around the world, including 42,466 people followed for 16 years on average during which time 15,720 people died. When FORCE researchers examined the risk for death from any cause, the people who had the highest EPA+DHA levels (i.e., at the 90th percentile) had a statistically significant, 13% lower risk for death than people with EPA+DHA levels in the 10th percentile. When they looked at three major causes of death – cardiovascular disease, cancer and all other causes combined – they found statistically significant risk reductions (again comparing the 90th vs 10th percentile) of 15%, 11%, and 13%, respectively.

In the new paper, the authors noted that these findings suggest that omega-3 fatty acids may beneficially affect overall health and thus slow the aging process, and that they are not just good for heart disease.

“Since all of these analyses were statistically adjusted for multiple personal and medical factors (i.e., age, sex, weight, smoking, diabetes, blood pressure, etc., plus blood omega-6 fatty acid levels), we believe that these are the strongest data published to date supporting the view that over the long-term, having higher blood omega-3 levels can help maintain better overall health,” said Dr. Bill Harris, Founder of the Fatty Acid Research Institute (FARI), and lead author on this paper.

Dr. Harris co-developed the Omega-3 Index 17 years ago as an objective measure of the body’s omega-3 status. Measuring omega-3s in red blood cell membranes offers an accurate picture of one’s overall omega-3 intake during the last four to six months. To date, the Omega-3 Index has been featured in more than 200 research studies.

“This comprehensive look at observational studies of circulating omega-3 fatty acids indicates that the long chain omega-3s EPA, DPA, and DHA, usually obtained from seafood, are strongly associated with all-cause mortality, while levels of the plant omega-3 alpha-linolenic acid (ALA) are less so,” said Tom Brenna, PhD, Professor of Pediatrics, Human Nutrition, and Chemistry, Dell Medical School of the University of Texas at Austin.

Prior Research on the Omega-3 Index and Living Better, for Longer

In past blogs, we’ve written about the importance of omega-3s — and particularly the Omega-3 Index — as you age.

In one blog, we wrote about a 2018 study published in the British Medical Journal, which found an association between higher blood levels of the long-chain omega-3 fatty acids EPA, DPA and DHA and “healthy aging.”

This report was based on an analysis of the Cardiovascular Health Study (CHS), a prospective observational study in a large cohort of Americans whose average age was about 74 when the study began in 1989. The original purpose was to identify risk factors related to the onset of coronary heart disease and stroke. But as the cohort has aged, CHS has become an important study of the aging process.

For this study, researchers tracked more than 2600 adults from 1992 to 2006 to see if they continued to live without chronic diseases and without mental or physical problems. Blood levels of the long chain omega-3s EPA, DPA and DHA, as well as the short-chain omega-3 ALA, were measured three times over the ensuing years and averaged to give a long-term estimate of omega-3 status.

When investigators tallied up all the “unhealthy” things that typically happen to people as they age — cardiovascular disease, cancer, cognitive or physical dysfunction, lung disease, chronic kidney disease, in addition to death from any other cause besides these listed — individuals who did NOT develop these conditions were defined as “healthy agers.”

The research team reported that higher overall levels of the long-chain omega-3 fatty acids EPA, DHA and DPA, but not of the short-chain ALA, were found in those individuals who exhibited the healthy aging pattern, and specifically an 18% lower chance of unhealthy aging.

The associations were evident for EPA, DPA and DHA, with the clearest signal for the former two fatty acids. The authors concluded that their findings support guidelines for increased dietary consumption of long-chain omega-3s in older adults.

Furthermore, these findings confirm previous reports that identified a lower risk for death in those with a higher Omega-3 Index (i.e., red blood cell levels of EPA & DHA).

Can a Higher Omega-3 EPA Levels Make You Happier?

A recent study out of Japan investigated associations among happiness, a sense of fulfilment and serum omega-3 fatty acid (FA) levels among 133 female nurses working in hospitals and nursing homes. Happiness was measured using the Japanese version of the subjective happiness scale (SHS); a sense of fulfilment was assessed using a visual analogue scale. Serum FA concentrations were also measured.

The SHS scores showed significantly positive correlations with a sense of fulfilment, DHA and EPA, after controlling for age, BMI, menopause, snacking habits and leisure-time physical activities. A sense of fulfilment was significantly negatively correlated with α-linoleic acid (ALA), and positively correlated with DHA and EPA, after controlling for the confounders.

A regression model showed that a sense of fulfilment, EPA, and not stopping menstruation explained happiness, whereas age, BMI and snacking habits could not. Simultaneously, a regression model could not explain the association between DHA and happiness.

“EPA and DHA may differ in their mechanism of action on brain function. Although these two well-known omega-3 fatty acids have often been studied in combination, they have rarely been examined separately,” the researchers said.

They added, “DHA and AA (arachidonic acid) are abundant in the human brain; however, the concentration of EPA in the CNS (central nervous system) is much lower than that of DHA, even though EPA and DHA enter the brain at a similar rate. DHA is rapidly incorporated into phospholipids in the brain, maintaining it at high levels, whereas EPA is slowly incorporated and extensively metabolized. These data suggest that EPA may primarily function outside of the CNS, unlike DHA.”

They concluded that happiness had stronger positive relationships with a sense of fulfilment, serum EPA, and pre-menopause, in that order, among a hospital and nursing home workers. And that although larger studies are needed to confirm these findings, they believe EPA may be beneficial to maintain our psychological wellbeing.

If you enjoyed this article, have a look at the Omegaquant website and come to visit their stand at the ANP Summit in September to take advantage of the generous discounts they will be offering.